Ever wonder how the circus manages to keep elephants captive? After all, elephants are crazy strong, being the largest mammal in the world, and all.

Why don’t the elephants lose their shit and escape? Why do they just stand there? Why don’t they create some crazy elephant hubbub, squishing cars and shit? They have the power to.

The Power of Artificial Constraints

When a circus elephant is a baby, it’s taught to stand still and be restrained using a rope tied to a ground peg. As a baby, the elephant might not have the strength to break free from the restraint, but as it grows, it certainly does.

The thing is, by this time, it’s been conditioned by the rope and the post, the artificial constraint, into believing that it does not have the capacity, the power, to free its self. So it just stands there, never seeking liberation.

Trending
How We Got Here: Becoming a Cultural Creative

The entire circus elephant community believes the same, that they can’t free themselves. Their natural instincts are silenced by the continued exposure to this fake restraint. A perfect example of mind over matter.

Why You Can Lose Your Shit and Break Free

You’ve got your bullshit limitations too, just like the elephants. You tell your self you can’t do things that you can do. You silence what’s within you because of a made up story about not being capable. You’re just a dumb animal. We all are.

We do have a special gift, as humans, that puts us slightly ahead of the rest of the animals — conscious thought. We have a choice in how we act.

Through practiced self-awareness, we can actually identify our limiting behaviours, the ropes and posts holding us captive in our own life, and work to break free of them.

We’ve got no excuse for our dumb behaviour. We’ve got no reason for our inaction. Only the elephants do.

This article was inspired by the movie, Cold Souls (viewed on my plane ride home from Paris) and my OAC drama project, The Circus Isn’t Fun for Everyone, on animal treatment at the circus (the content was heavily plagiarized… I tended to do that… but the title was all me).

SHARE
← It's My Birthday Today! The Distorted Lens of Familiarity →

Not wanting to feel it. Apathy towards the whole thing. Why bother? Isn't it curious how we can love something. Someone. So much. And feel so completely...

To see only yourself in every reflection, and only the parts you want to see, a life is lived in the shallow end. Where there is deepness and darkness, you do...

The Gradual Process of Gaining Confidence

Being hard on ourselves and others, we often assert that we either have confidence—or we don't. Yet gaining confidence is a gradual process. It is only with... 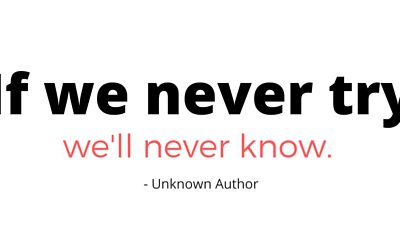 The Moments of Regret

Regret is a painful thing. We see it through the lens of things undone, unsaid, unbeen. We feel it for those moments where our head overran our heart. We...

Emotional littering is when I attempt to alleviate my own overwhelming emotions by disposing of them elsewhere, when I inherently know they're mine to be...

A plant needs space, and a seed, as its container to grow. The seed is a boundary from which the plant grows, as is the space that it takes root and grows in....