Tara JoyceBuilding a Business from the Inside Out
Menu

Do you know the Greek myth of Icarus? Icarus is the son of Daedalus who dared to fly too near the sun on wings of feathers and wax. His father cautioned him that flying too near the Sun would cause the wax to melt. But Icarus became enthralled with his ability to fly and forgot his father’s warning. The feathers came loose and Icarus plunged to his death in the sea.

As I see it, this myth is a lesson about balance, about finding balance with your ego and with your gifts. It was Icarus’ choice not accept his gift as it was and to see it as enough. Instead, he chose to push it further, to a place where his gift was destroyed, and he destroyed himself in the process.

We all have, and are given, wings to fly on and it is our choice what we do with them. Do we not use them and never take flight? Do we accept them as they are and fly proudly on them to new destinations? Or do we misuse them, flying too high, too close to the Sun, destroying our gift and ourselves in the process?

If you don’t fly—or you try to fly too high like Icarus, the myth teaches you’ll find yourself falling into the depths of emotional despair, drowning in your egoic feelings (as represented by the sea Icarus drowned in).

Pay What It’s Worth: The Book

The World Is Flat – A Truly Inspiring Read for the Innerpreneur

All the People We Leave Behind

Design Thinking in Plain English
Your Toolbox
Distracted by the Noise

Tara Joyce
Author / Mum / Wife / Wizard of Less Obvious Things
Hi, I'm Tara and I love words. As a result, I like to write stuff. Like this book. And this story.
LEARN MORE

Via RSS
Via Email 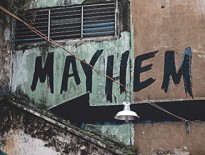 Innerpreneurship Distracted by the Noise 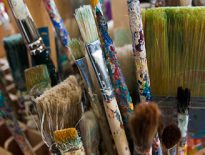